Maybe no change of beging successful, but I try:

1914, WorldWar One was a few days old, when the Russian Army crossed the border to east Prussia.

The people of Januschkau became refugees. When they returned after a few weeks, they saw a lot of straw at the first floor in their house. The Russian Army established a hospital there.

In the straw were this pot, made of copper.

This pot came to the West - nobody knows how -

and now at Christmas eve to me.

Who can give me an explanation of the words, is the name still existing?

There is the Star of David. A Russian jew? 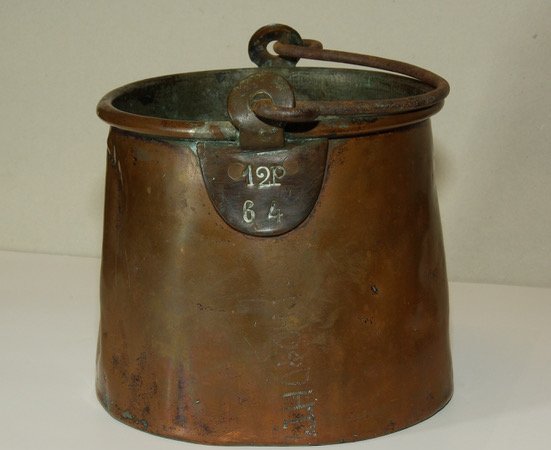